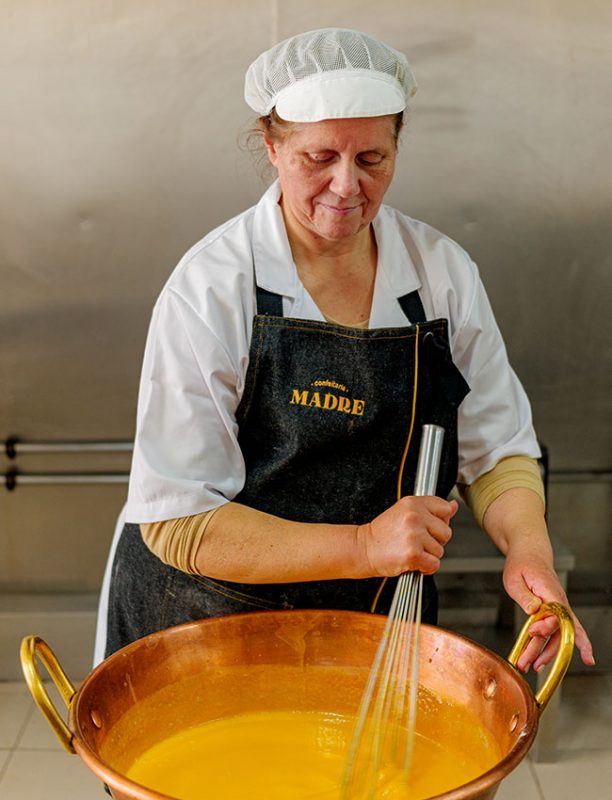 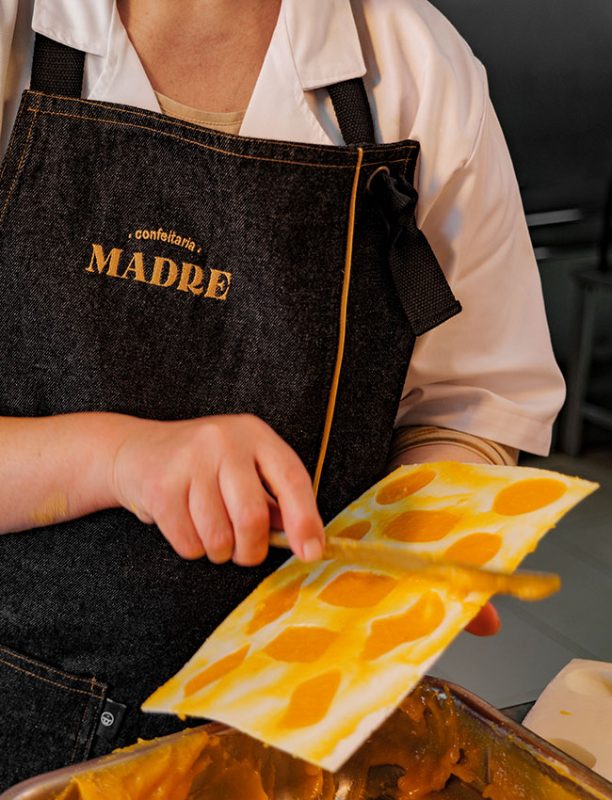 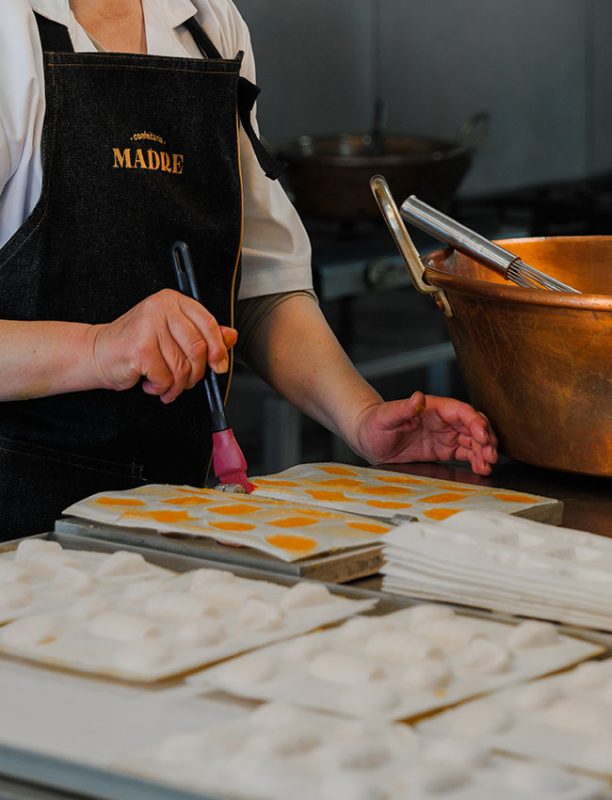 The history of Ovos Moles

It was in the 19th century, at the Convento de Jesus de Aveiro, that the wise and sweet hands of the nuns who lived there, made this candy for the first time.

While egg whites were used for household tasks, including ironing clothes, the yolk had no use until then.

However, to understand the history of Ovos Moles, it is also important to know the history of sugar production in Portugal, because the truth is that, without sugar, there would be no Ovos Moles. Sugar cane, initially brought by the Arabs in the 8th century, quickly began to be planted on the island of Madeira, becoming an important economic activity for Portugal. Part of the production went directly to the royal house, which in turn distributed part as a donation to various institutions and convents. One of these convents was the Convento de Jesus de Aveiro.

Faced with the need to find a way to conserve the yolks, the option of adding sugar arose. They never imagined it would lead to the creation of a special sweet, adored by everyone, which would later result in the famous Ovos Moles de Aveiro!

When the convents were extinguished, the manufacture of Ovos Moles continued, thanks to the women educated by the religious of the Convent. Since the existence of the railway line that connects Porto to Lisbon, the sale of Ovos Moles has been traditional during the stop of trains at Aveiro station, made by women wearing regional costumes.

The sweet was traditionally sold in wooden barrels painted by hand, with drawings of moliceiro boats and other motifs of the Ria de Aveiro.

Today, given the conventual origin, the Ovos Moles are mostly served in wafer, or obreia, that is, a thin sheet of unleavened dough and molded in shapes that refer to the city of Aveiro, its fishing tradition and proximity to the sea. Traditional forms are fish, shells or shells.

Currently, the Ovos Moles of Aveiro are the ex-libris of the Portuguese Conventual Confectionery and allow, in the four corners of the world, to taste the best that is made in Portugal.

Do you want to take the recipe with you?

Come learn with us!